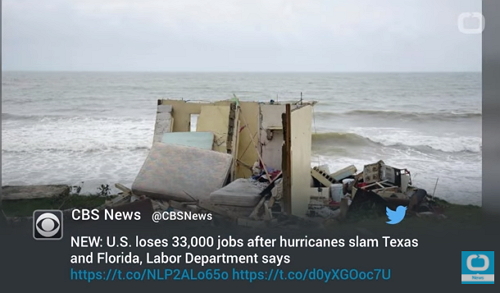 Job openings in the US fell in August, which may have been impacted by the hurricanes that swept through much of the southern coastal parts of the country. According to the monthly Job Openings and Labor Turnover Survey released by the Labor Department job openings totaled 6.082 million from a downwardly revised 6.14 million in July. Healthcare had the biggest increase in job openings, adding 71,000, followed by durable goods manufacturing, which added 31,000. However, the areas hardest hit were in services, education, and nondurable goods manufacturing, according to the report.