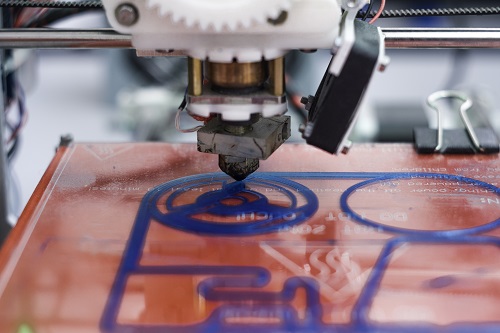 But some cautions remain when purchasing one.

The technology behind 3D printing is evolving at a dizzying pace. Enthusiasts are excited about new developments, such as life-like 3D selfies and 3D-printed concrete houses. While these advances will delight consumers, businesses also have plenty to gain from the 3D printing revolution. For example, a team of MIT engineers recently unveiled fused filament fabrication technology that promises 10 times faster printing capabilities. Additionally, scientists in Kassel, Germany have developed a method of printing with high performance steel alloys, which they say will improve the reliability and safety of 3D-printed metal parts. Overall, innovation in the market has been transforming the ways in which consumers and businesses use 3D printers, and will continue doing so in the foreseeable future.

Though rapid growth in the market has been exciting for buyers, it has actually presented challenges for 3D printer suppliers, including manufacturers, retailers and distributors. Suppliers must compete with one another on numerous fronts, including the speed, accuracy, quality andreliability of their products. They must also provide related services, such as design advice, all while new entrants are constantly vying for market share with their own ground-breaking technological innovations.

As this multifront battle rages on, some of the largest manufacturers have managed to differentiate their products by publicizing moving use-cases that play on the emotions of their customers. For example, after Grecia, a Costa Rican toucan, was found with most of her beak missing, Renishaw, a leading manufacturer of 3D printers, crafted a new beak that saved Grecia’s life. Similarly, Stratasys, another top manufacturer in the market, created many of the components in the sled that gave the United States its first-ever Olympic medal in men’s luge at the Winter Games in Pyeongchang, South Korea.

While this intense competition has spurred new innovations, it has also driven down prices. According to IBISWorld’s forecast, 3D printer prices will fall an estimated 5.8% in 2018. As a result, businesses without immediate 3D printer needs can wait to make their purchases without having to worry about rising costs. The rapid evolution of 3D printer technology similarly affords advantages to those who wait because future products will not only cost less than today’s models, but also be faster, more efficient and more versatile.

Though 3D printer prices are expected to fall and innovation will likely continue to soar, procurement departments need to remain vigilant of some possible pitfalls. For example, healthy profit margins and swelling demand have enticed many new suppliers to enter the market. IBISWorld estimates that the number of 3D printer manufacturers alone has nearly tripled from 49 in 2014 to 120 in 2018. As the number of vendors multiplies, buyers need to be wary of the financial health of their suppliers. Picking the wrong vendor could lead to service discontinuity if they go out of business. In addition, buyers that plan to make their 3D printer purchases soon also run the risk of purchasing a product that may quickly become obsolete.

Looking ahead, IBISWorld recommends that buyers procure 3D printers on an ad hoc basis. Doing so ensures that they reap the immediate rewards of 3D printing without overly committing to technology that might soon turn outmoded in such a rapidly evolving market. Today’s 3D printers can benefit buyers by facilitating innovation and enabling rapid prototyping capabilities; however, 3D printers will continue to become cheaper, more efficient and more functional as time goes on. Buyers should take advantage of current market conditions by only purchasing 3D printers as the need arises.