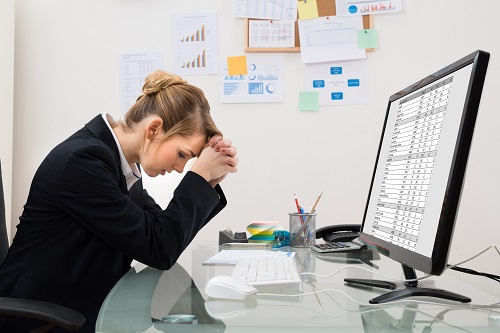 Why do people leave their jobs? Study after study shows the main reason employees jump ship is a bad manager. And while you might think of a "bad boss" as one who sexually harasses employees or terrorizes them with a hair-trigger temper, it's rarely that extreme, says James Manktelow. Bad (and mediocre) bosses usually have good intentions; they're just poorly trained. But in times like these, they can't afford to stay that way.

"Unemployment rates are incredibly low right now," says Manktelow, coauthor along with Julian Birkinshaw of Mind Tools for Managers: 100 Ways to Be a Better Boss. "In a tight job market, you must do everything possible to create a company where employees want to stay. And you as a manager really do have a hand in almost every aspect of how your employees perceive their job—from how meaningful the work is to how stressed out they are to how supported and appreciated they feel."

In other words, being a good boss is a tall order. Indeed, Manktelow says management is an "unnatural act" because it requires us to behave in a way that goes against our innate desire to be in control and the center of attention. Doing a good job of it requires good training, the right tools, and lots of feedback—and very few managers get these things.

Mind Tools for Managers makes it clear that there's no "quick fix." Becoming a great boss requires lots of hard work and a vast and diverse array of skills—which is why the book has 100 of them. These skills—arguably the most important a manager or leader can master—were identified in a survey of 15,242 managers and professionals worldwide. This research was conducted by James Manktelow, founder and CEO of MindTools.com, and Professor Julian Birkinshaw, deputy dean for programs at London Business School.

The 100 skills are organized into four major domains: Know and Manage Yourself, Manage Tasks and Get Things Done, Work With and Manage Other People, and General Commercial Awareness. Inside the domains, the skills are further broken down into 18 core areas of management (each of which becomes a chapter).

The authors provide practical advice for each of the 100 skills and, where appropriate, direct the reader to the MindTools website for a deeper dive into specific skill-building articles, worksheets, videos, and more.

Here are a few of their tips for what you can do to create the kind of workplace culture that will attract the best and brightest—and just as important, keep them from leaving.

While you shouldn't overemphasize the differences between Baby Boomers, Generation X, and Generation Y, neither is it a good idea to ignore them. For instance, if you are a Baby Boomer managing a group of Gen Y employees (a.k.a. Millennials), don't resist their preference for working virtually or through microblogging sites (they think email is very old school), and be more proactive in giving recognition and praise.

Learn to listen carefully and intensely to employees.

In their survey, the authors found that 65.9 percent of managers think careful listening is one of the most important methods you can use to understand and motivate people. It helps you understand what upsets the people who work for you so you can help clear these things away. It also helps you appreciate what excites and energizes them so you can help them shape their work in this direction. Active listening—where you make a conscious effort to hear not only the words another person is saying but to understand the complete message being sent—helps make employees feel heard.

"Being a good listener to your employees doesn't just happen," says Birkinshaw. "You have to structure opportunities for this into the day."

Give effective praise and recognition.

The authors discovered that 54.8 percent of survey responders see giving praise as one of the most important ways of getting the best from their people. They also point out that Gallup has identified significant increases in helpfulness, cooperation, punctuality, attendance, and length of service associated with receiving regular praise. Walk around looking for opportunities to give praise. Be specific about what you're praising and do it in an appropriate way—some people love public praise while others are embarrassed by it. And be sure that praise is honest and proportionate. Insincere praise will weaken trust.

People want to feel good about themselves and their abilities, and they want to be successful at work. When you build your employees' self-confidence, you'll help them achieve both goals. One good strategy is to create "mastery experiences" for them. You set small goals for them that allow them to demonstrate to you and themselves that they have mastered a skill—then you can move on to set progressively harder challenges.

Learn how to give good feedback.

In the authors' survey, they found that 66.9 percent of respondents believe giving high-quality feedback is the most important thing you can do to develop good people. Yet it's very easy to give feedback badly. If you do, it can backfire and damage your relationship with the people you are managing. The authors say you need to give feedback often—vastly preferable to saving it all for the dreaded "annual review meeting"—and give more positive feedback than negative. With negative feedback, stick to hard facts and don't generalize. Otherwise you end up trying to justify your subjective views, which the other person may well challenge, leaving them feeling aggrieved and angry.

Know how to motivate on an individual and a team level. "We focus heavily on one classic approach, Frederick Herzberg's Motivation-Hygiene theory, because it offers immediate, practical advice," says Birkinshaw. "Herzberg observed the things that make people dissatisfied with their jobs ('hygiene factors') are not the same things that make them happy with them ('motivators'). You first need to find out exactly what is making people unhappy and then you can work on positive motivators like how work is done and how jobs are designed."

"Because so much work is done in teams, it also makes sense to address motivation at that level," he adds. "If you can get a handle on the common motivators for people on your team, you can structure the way they interact with each other, which in turn will help them get the best out of their work."

Engage their passion with transformational leadership.

To get the very best work from someone, you must engage their passion and sense of meaning in life. This is what truly keeps people at their jobs. The Mind Tools for Managers authors cite the concept of transformational leadership, first introduced by James MacGregor Burns in his 1978 book,Leadership. He defined transformational leadership as a process where "leaders and their followers raise one another to higher levels of morality and motivation."

Bernard M. Bass later developed the concept of transformational leadership further in his 1985 book, Leadership and Performance Beyond Expectations. Manktelow and Birkinshaw recommend following Bass's four main directives for becoming a transformational leader:lead by example, stimulate people intellectually, help your people grow as individuals, andinspire them with a compelling vision of the future.

Don't let it fester. When you don't deal with poor performers, it puts a lot of pressure on other team members. This can cause high performers to leave. No wonder the authors' survey found that 57.7 percent of managers see dealing with poor performance effectively as a highly important management skill. Poor performance has two basic sources: low motivation and low ability. There are many ways to deal with the former, including smart job structuring, support, feedback, and coaching.

"The same skills that collectively make a person a great boss also create a deeply engaging culture that nurtures and excites employees," says Manktelow. "You might even call it an unquittable culture. This is the Holy Grail for any company and not just during times when a talent war is heating up. No company can outperform competitors if its employees just don't want to be there."

About the Authors
James Manktelow and Julian Birkinshaw are coauthors of Mind Tools for Managers: 100 Ways to Be a Better Boss (Wiley, April 2018, ISBN: 978-1-119-37447-3, $28.00).  James Manktelow is founder and CEO of MindTools.com. He has written, edited, and contributed to more than 1,000 articles, more than sixty workbooks, and seven books and e-books on management and leadership, including Manage Your Time and Manage Stress.  Julian Birkinshaw is professor of strategy and entrepreneurship, deputy dean for programs, and academic director of the Institute of Innovation and Entrepreneurship at the London Business School. He is the author of fourteen books, including Fast/Forward, Becoming a Better Boss, and Reinventing Management.