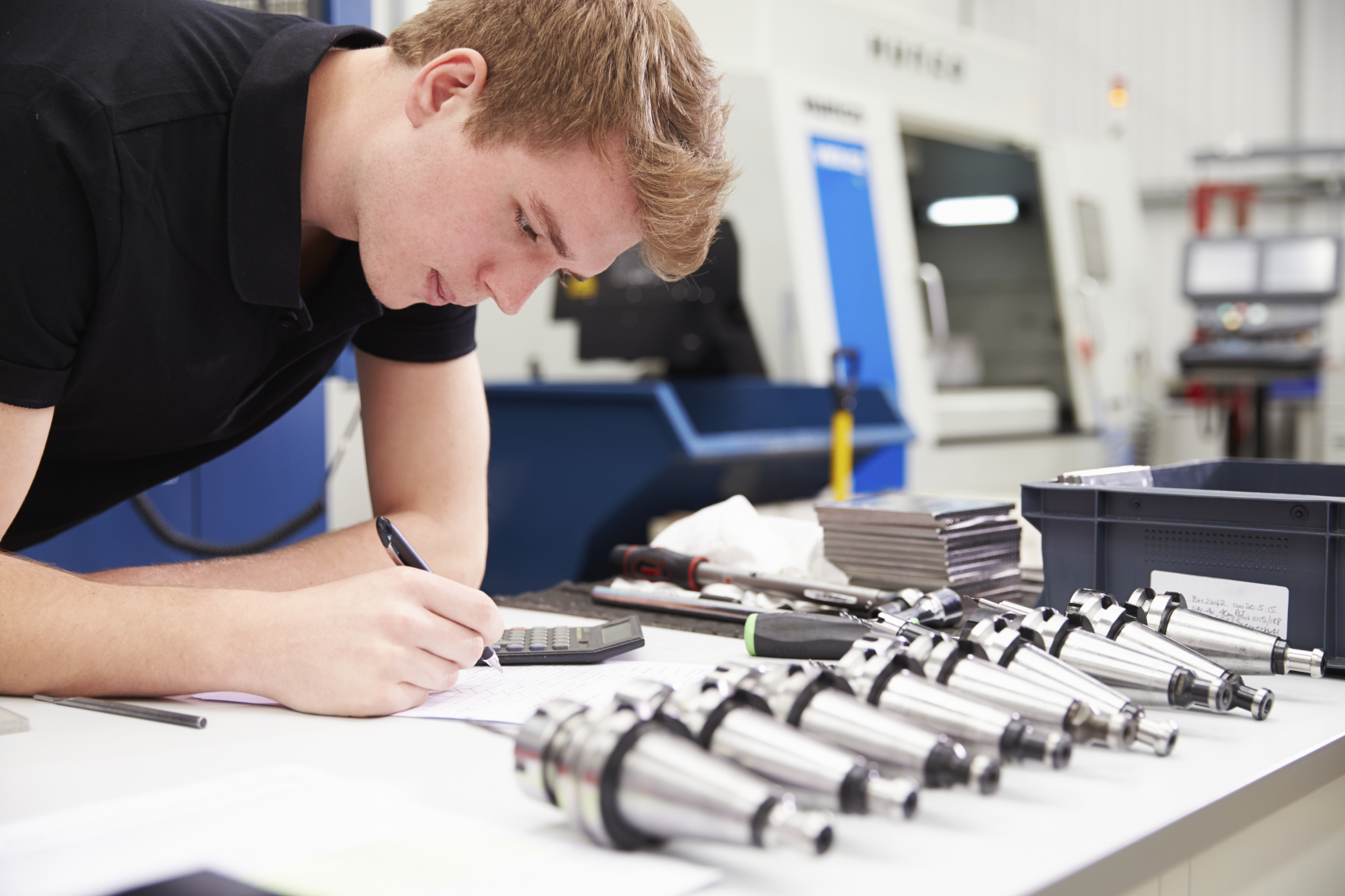 “The strong growth in the U.S. manufacturing technology market echoes similar growth in both European and Asian MT markets, leading to increased pressure on the supply chain and longer lead times for new machine builds. Our members have been getting more orders than they can fill, and customers are turning to used equipment to fulfill their needs,” said Doug Woods, President of AMT. “While this signals strong activity in the manufacturing industry, the potential impact for tariffs to impede market growth is adding an element of uncertainty and concern.”

In March, every region saw an increase in orders, with the Northeast showing the lowest gain at 3.15 percent. The Southeast increased the most with a 120 percent month-over-month jump, returning to a strong growth trajectory after a weaker than expected February. Meanwhile, the North Central-West region saw order rates grow more than 71 percent in large part due to booming growth in the off-road, mining, construction and recreational vehicle markets.

One key area to keep an eye on is the South Central region; it saw good growth due to the automotive and job shop sectors, but that growth could rise more sharply as the energy sector recovery continues and oil prices push up to, and possibly above, $70/barrel. Industrial segments showed uniformly strong double-digit growth, led by aerospace and forging markets that had month over month growth rates in the triple digits.

General economic indicators that lead the manufacturing technology market also continue to be positive. Capacity utilization is above 76 for March, breaking through the ceiling of 75 that had been its cap for over a year; PMI is at nearly 60; and consumer sentiment is over 101, only the third time it has broken 100 in the past 15 years. “Consumers continue to drive this recovery and their increased demand is putting a strain on the supply chain,” said Pat McGibbon, AMT’s Vice President of Strategic Analytics. “That demand will continue to sustain growth in the manufacturing technology market for the rest of the year.” 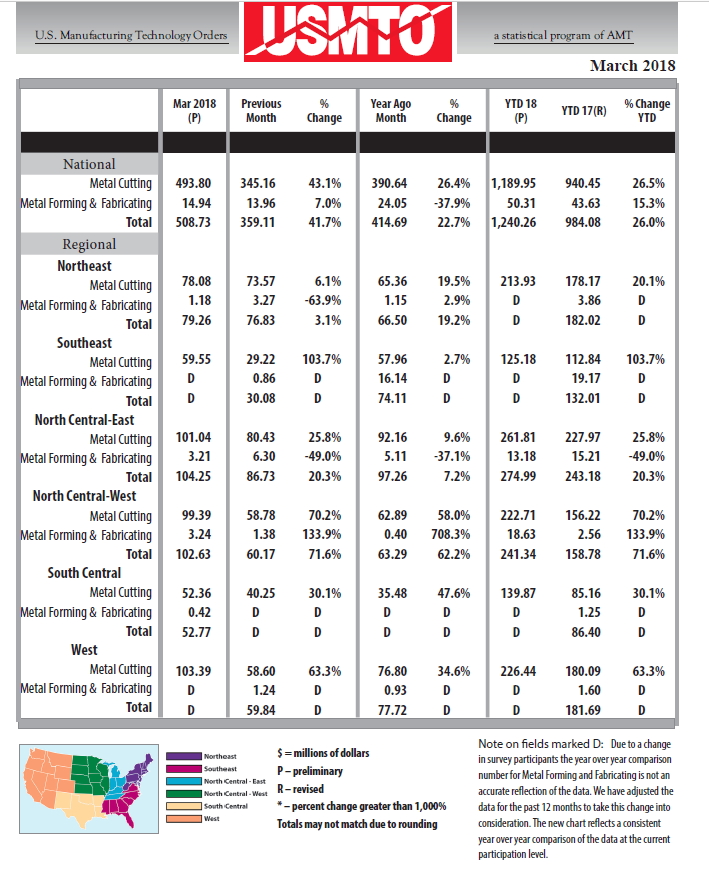