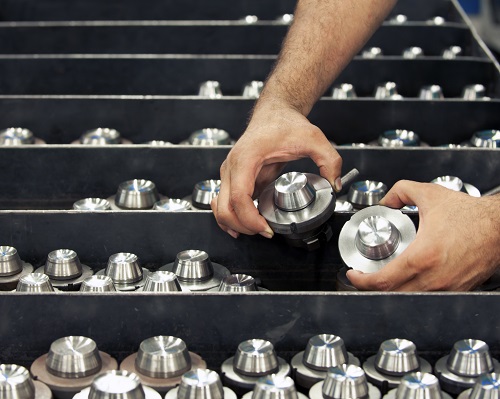 Manufacturing technology orders generally decline in January. This year is no exception with orders totaling $372 million for the month, down 20 percent compared to December.

"The large volumes ordered in January were on par with expectations and indicative of the capacity expansion we expect U.S. manufacturers to pursue throughout 2018 and well into the next year," said AMT President Douglas K. Woods. "Globally, market expansion is nearly unpredcedented, with the world Purchasing Managers Index on the rise and the U.S. PMI at a 14-year high. Still, growth has its challenges, and this tremendous increase in demand is creating shortages in components worldwide."

Every region tracked by USMTO recorded order growth relative to January 2017, while only the south-central region realized a month-over-month gain as it benefitted from strong orders in primary metal products, contract machining and improvement in oil and gas. The north central west region, led by medical equipment and industrial machinery, was up 69 percent relative to January 2017. Nationally, orders from the forging and stamping industry were up 114 percent over December, while the primary metal products industry posted a 93 percent increase over December. 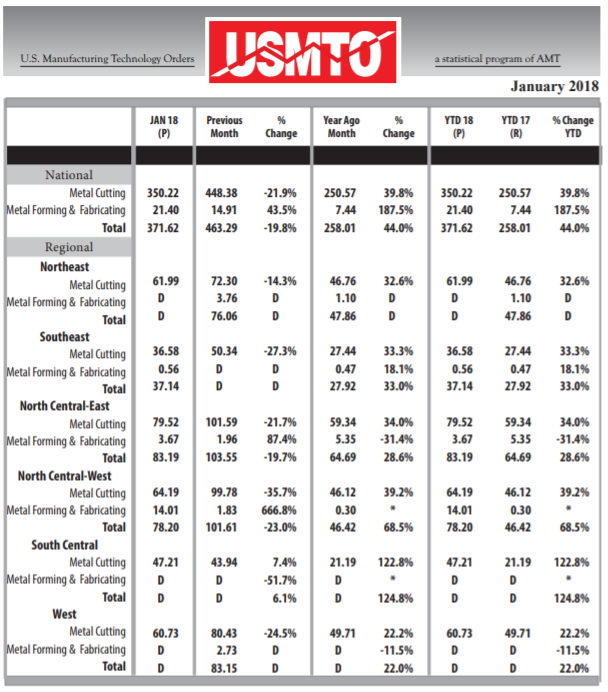