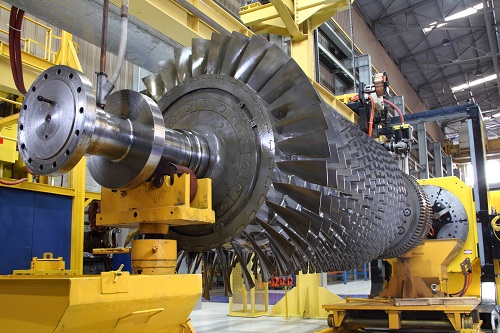 A whiff of uncertainty is in the air for the industrial market this year as it tries to reconcile seemingly opposing currents at work. On the one hand, a tumultuous global political climate—first from a shocking Brexit, followed by chaotic elections in the US—has served to upend expectations and unsettle business.

Yet an upbeat industry outlook is expected in the second half this year and also in 2018 for products closely linked to the oil and gas industry, such as motors or drives, as the once-beleaguered energy space recovers and moves back to positive growth territory.

Overall, a number of themes could be discerned at the show this year, including cost-cutting, production efficiency, downtime reduction, quicker time-to-market, product customization, and lower development costs.

The themes reflect a blunt, no-nonsense approach to business, reflective of a market landscape coming to grips with slower growth. The industrial automation space managed to expand a slight 0.6% in 2016 following a disastrous contraction of -4.0% a year earlier. This year, the market is projected to grow a modest 1.5%, IHS Markit forecasts.

Among event participants, elation about new technologies and their attendant benefits mixed with calls for greater responsiveness to current challenges faced by the market.

Microsoft, for instance, was positive on what lies ahead, believing that the intelligent factory—once simply a theoretical, idealistic framework—is now turning out to be a reality.

For its part, Tetra Pak was buoyed by new digital tools that enable the company’s cloud-connected machines to predict exactly when equipment would need maintenance, averting many potential breakdowns in the process. The company started a six-month trial in early 2016 of conditioning monitoring, supporting 11 customer lines with the new service. Results show that downtime during this period was eliminated by up to 48 hours for each packaging line, saving up to 30,000 euros for customers.

But for capital equipment including pumps, compressors, motors, and generators, the plea was for suppliers to understand the importance of designing full systems in order to meet very specific end-use applications from clients—a point that IHS Markit has continually underscored. To be sure, suppliers have struggled to convince end users of the benefits of higher-cost “smarter” equipment, such as fully connected motor-driven systems that can predict as well as prevent maintenance costs and energy loss. And this year at the show, end users appeared more favorably disposed toward implementing smart, connected equipment provided by the manufacturers that users felt had the capacity to understand their applications as well as provide maintenance, repair, and replacement.

In recent years at Hannover many motor suppliers had touted high-efficiency motors, emphasizing energy savings. End users still care about that aspect, but of more importance to them at present is the principle of savings—even if it means spending more upfront in order to prevent expensive operating costs down the road. And while energy efficiency is important, average gains in efficiency of 2% pale in comparison considerably to the millions that can be saved through thoughtful investment in smarter products at the outset, subsequently minimizing downtime and curtailing unnecessary product or parts replacement in the future.

This particular idea—about spending now to save in the future—is not new. However, what is new and different this time is that the view is finally taking shape in industrial automation. Even so, companies remain extremely cost-sensitive, and not a great deal of investment is taking place on new ventures. And while greenfield endeavors are likely to embrace automation and other new technologies, adoption by heavy industries is especially slow given the scarcity of new projects available with the current economy.

Also this year, Hannover Messe 2017 confirmed a trend that many know to have taken root: that more sensors are being embedded in rotating equipment, such as motors, bearings, pumps, and generators.

ABB once again highlighted its smart sensors, which are built on the outside of LV motors with embedded vibration and temperature sensors possessing Bluetooth connectivity. Analytics is performed in the cloud and displayed on an app.

Schaeffler/FAG announced a new version of VarioSense, its intelligent bearing. Aside from speed and temperature, the new bearing includes a vibration and load sensor.

NTN-SNR presented Monitor'IT, a condition monitoring system with a magnetic sensor that checks for imbalances and misalignments in bearings and gears. The system has been tested on wind turbines and railways.

The show also made clear that apps will be a focal point in business models for companies to try to own. Firms like Siemens, GE, and Schneider Electric will look to support external app developers working on solutions in addition to internally developed apps, in hopes of utilizing the former on their respective platforms—namely, Mindsphere, Predix, and EcoStruxure. Ongoing discussions of how companies are building out their ecosystem of partners toward a complete portfolio can be found on the Hannover Messe website.

For the manufacturing industry, Microsoft is evolving its support of Open Platform Communications Unified Architecture (OPC UA), the machine-to-machine communications standard for industrial automation. Microsoft said manufacturers can use OPC UA to preconfigure factory devices from the cloud, via its Azure IoT Connected Factory solution.

The company also announced Microsoft IoT Central, a new software-as-a-service (SaaS) offering, which it said could potentially increase the speed at which manufacturers can innovate and bring new products to market, while also lowering the barrier to creating IoT solutions that could help generate new revenue opportunities.

All told, OPC UA will work with the forthcoming Time-Sensitive Networking (TSN) standard to support real-time communication between the factory floor and the cloud, possibly supporting a shift in control products to the cloud.